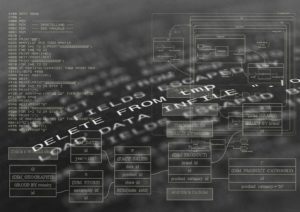 Diversity has always been a hot topic in the HR profession, but it has exploded into national news with all of the announcements and discoveries of improper behavior in the past year (and new stories seemingly cropping up every week). Diversity is an important aspect of running a business as it is directly related to a core HR function: sourcing and recruiting employees.

Diversity and the Role of Unconscious Bias

Diversity has been defined in the form of gender, race, color, nationality, religion, ethnicity, and sexual orientation. It is not just a buzzword, but seen as a business strategy to promote innovation, creativity and productivity thereby increasing profits. To achieve a diverse workforce it is important for the HR managers to have an open mind, to remove any preconceived notions, and consciously adjust mindset in order to accept the differences in cultures, mindsets, physical appearance, etc.

This can also help to avoid the cognitive biases that leaders have, such as feeling more positive about those that have similar characteristics to themselves, which often leads to errors while hiring new people. It is normal for any human being to have likes and dislikes for another human being, community, country, an object or an activity. Every person is born and brought up in a certain physical, social, and religious environment. Our brain gets programmed to function since birth according to this environment. In order to get oneself out of that environment and to look at the world with a neutral viewpoint requires patience and willingness to change.

The Value and Risk of AI: Automating Biased Decisions

Many companies today are being criticized for the lack of diversity in their workforce. According to a recent report from Recode, data from tech companies like Google, Facebook, and Twitter shows that women hold just 30% of leadership roles and 27% of technical roles. Many HR departments are therefore turning towards artificial intelligence to make hiring decisions and to address the problem of human bias which can be conscious and unconscious.

Although algorithms are automated, they are not completely different from human minds and can actually contain inherent bias. The main reason being that the data on which they function is captured and input by humans, thus reflecting human biases to some extent which can lead to mistakes and misinterpretations. In an experiment conducted by National Bureau of economic research (NBER), recruiters selected applicants with white sounding names more often than black sounding names. If the algorithm is being trained by these types of behaviors, it may increase the risk of screening out skilled applicants, including women or certain protected minorities.

Algorithms may have their limitations, but they also come with certain pros like cutting hiring costs and saving time. The recruiting process has numerous activities that are ripe for automation, from sourcing and screening to job matching. This is especially beneficial for companies with high volume hiring as the value of artificial intelligence scales the capabilities of a recruiting team very quickly and effectively. Algorithms may not completely eradicate the human bias, but they are definitely more impartial than humans. Since it is not possible to do the hiring process 100 percent manually in today’s fast-paced world, HR professionals should accept that algorithms are not perfect and approach with them accordingly.

About the author: Meghana Limaye is a Research Intern at Lighthouse Research. Her research focuses on artificial intelligence and cutting edge innovation in HR technology. She is a former graduate student from the University of Alabama in Huntsville. She received her Master’s in Human Resources and has a broad set of experience in research, training, and other areas of value to the business.