Last year, Amazon shuttered an algorithm the team was developing because it realized it was biased. The algorithm was developed by the company’s engineers to look at high-performing employee profiles and then select the right candidates from the firm’s resume database. The problem? The algorithm favored men in its selection process.

When this story hit the news, it became a rallying cry for those that do not believe in the value of AI for recruiting and hiring. However, as someone who’s written the book on the subject, I think it’s a great example of what a good algorithm can do if it’s developed, trained, and deployed in an unbiased way.

The issue in this story isn’t that an algorithm was picking men. That’s what Amazon trained it to do! The core issue is that Amazon has historically hired, promoted, and given good reviews to men more often than women. So when the algorithm is trained on that data set, it can only come to the conclusion that men are better than women (even if every decision the company made in its hiring and performance decisions was biased, as the list below demonstrates).

It’s really easy today to get caught up in the headlines:

The truth is that artificial intelligence, in its current form, is ideally poised to help minimize some of the very real biases that humans have that limit our ability to hire effectively. 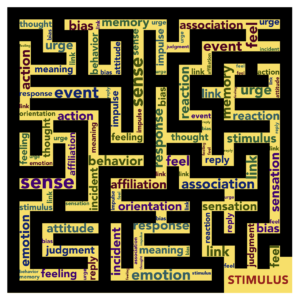 Below are 10 of the common biases that affect human decision-making in every aspect of life, but in this scenario, the context is all around hiring and candidate selection.

Admit It: We’re Bad at Selection

The data show that the common ways we interview and many of the methods companies use to rank candidates (university, college grades, or other demographic data) are highly unreliable statistically. Translation: they are terrible as a gauge for whether someone can do a job or not.

Instead we should rely on more reliable types of data sources, such as job samples (let someone try the job before they are hired to do the job), assessments, or structured/regimented interviews. If we can use these more predictive types of data, we CAN make better hires and improve quality of hire. And, interestingly enough, AI is positioned to do just that.

AI can help to mitigate or eliminate these types of biases if developed with a diverse team and trained on an unbiased, comprehensive data model. At a minimum, AI can help to limit the times when humans have to make decisions in the absence of data, as the list of biases above prove that we can’t make accurate, rational decisions (and sometimes we can’t even if we DO have data).

Which of these biases is a problem for your team? For you? How can you overcome them?