Imagine walking into your new job full of nervousness and anxiety only to observe that no one in the building resembles yourself. Puzzled, you begin to question if you even belong. After all, will you be accepted by your coworkers, or will you ultimately be excluded because you are different from your counterparts? 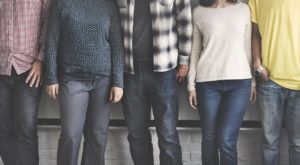 Women In The Workplace reported that more than half of employees believe that gender diversity was not a priority for their executives. Diversity is defined as many things, but in this case, it will be viewed as a range of categories such as race, ethnicity, age, sexual orientation, gender, and religion. Ultimately, all companies are looking for different ways to elevate their business and create more revenue. That said, can diversity within a company actually lead to more revenue? Interestingly enough, can diversity within a company attract higher quality applicants?

The History of Workplace Diversity

The Title VII of the Civil Rights Act of 1964 is a federal law that protects employees against discrimination based on specific characteristics. Under VII, an employer may not discriminate against employees on the lines of sex, race, color, national origin, or religion concerning any term, condition, or privilege of employment.

According to Why Diversity Programs Fail, firms rely on this particular training to reduce bias on the job. Studies have shown that these diversity program tactics do not encourage employers to be more diverse in selection practices, exacerbating the problem of harassment and bias.

The Value of Diversity

Diversity within the workplace brings individuals of different backgrounds together to create and utilize their differences, and this can create business value. Boston Consulting Group (BCG) conducted research on employees at more than 1,700 companies How Diverse Leadership Teams Boost Innovation. They found that:

“There is a strong and statistically significant correlation between diversity of management teams and overall innovation.”

It is unknown if diversity brings innovative ideas or if more innovative ideas attract diversity. Ultimately it may not matter, because it is a self-reinforcing loop. We know that diversity within a company attracts higher quality applicants. An open selection pool does not deter anyone away based upon race, sex, or religion, but invites individuals with different backgrounds to collaborate together.

Additionally, Europa posits that innovation leads to higher revenue and profitability, which means the link between diversity and revenue might not be as far as some might believe.

In a TED talk Rocio Lorenzo stated that diverse companies may not attract better applicants purposely, but through their open tactics it is inevitable that they attract people from different cultural backgrounds. Diversity is the concept of bringing people from an array of environments to work under a common goal to create revenue for themselves and their company.

Bio: Tamar Davis is a Research Intern at Lighthouse Research and Advisory. She is pursuing a degree in Psychology at Alabama A&M. Her research focuses on diversity, training, and other HCM applications.